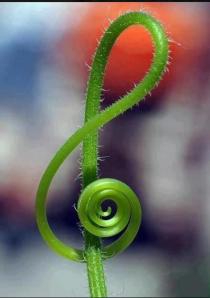 “Sounds from outside your body will stimulate the sympathetic vibrations inside your body. The pitch and rhythm affects the limbic system, affecting our emotions. Ancient civilizations used sound to transmit sonic frequencies to harmonize the mind, body, and spirit. It the bible David played the harp to lift the kings depression. Egyptians used incantations, particular melodies, and rhythms as cure for many diseases. The ear controls the body’s sense of balance and it is the conductor of the nervous system. The inner hear is connected with a variety of organs including the heart. Frequencies affect cognitive function. Sound is used to enhance neural developments and intuitive leaps in students. The human heartbeat tends to match the sound around. If there is music with 64 beats per min (the rate of a resting heat beat) it will slow our breathing and our heat rate and change our brain wave pattern from beta to alpha (a more relaxed learning pattern). Sounds change electrical patterns in the brain. New neural connections are made aka whole brain functioning when sounds are high frequency. Pleasing nature sounds and positive affirmations reduce pain and anxiety.” – Paul R. Scheele. “When you allow sound to move through you, it unlocks a doorway and allows information to flood into your body. Sound creates a rearrangement of a molecular alignment to take place. Sound can penetrate any substance, move molecules, and rearrange realities. Sound carries a certain frequency, and the body recognizes the frequency. The body is keyed to respond to the acceptability of the frequency. The great master musicians such as Beethoven and Mozart were coded to bring in information of a stable nature, for they received the harmonics of sound at the time when there was great darkness over the planet. It is important to have clear intentions on what you want to do with sound. Sound stirs energy up. It creates a standing columnar wave, building frequency upon frequency. Misuse happens through intent. Some have discovered the power of sound and then misuse it to manipulate others. What do you experience when you live in a city and hear sirens? That is a misuse of sound, and it is altering your frequencies. Those who make sound know the results of it on the human psyche. It is jarring and disturbing and keeps you from placing your attention somewhere else. That frequency is like a lock, it is hypnotizing, and it captures your consciousness and intelligence. It is like being in a prison because sound imprisons your awareness so that it becomes addicted to or locked into a vibratory rate and does not seek anything else. Think of your televisions or sound coming from other electrical devices Be aware of how frequency control is used to control you and manipulates your consciousness. 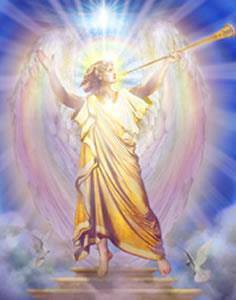 You must realize that you are not powerless. Those who act in their own reality with impeccable guidance, commitment to harmony, and commitment to light align themselves with their dimensional counterparts who are doing the same. You make bridges of light and hold light-encoded filaments as pillars and open portals. Those who are rewarded with the understanding  are called to use sound as part of their work and recognize that call and respond to it will evolve at a rapid pace. Those of you evolving at this rate will be called one day to represent many people, represent world gatherings of consciousness, and to change the available frequency with sound.” From Bringers of the Dawn, Teachings from the Pleiadians. So please use sound wisely, stop listening to Beyonce and anyone else who is similar to her. Stop watching TV and letting in those low vibe frequencies into your living rooms. Empower yourselves already for God’s sake. Stop being addicted and start being free. Say to yourselves, “I AM free.” Listen to Classical Music: Handel- Messiah https://www.youtube.com/watch?v=gUcUmzXvxuQ Or Edward Elgar https://www.youtube.com/watch?v=G5y4Hwwb8as

One thought on “Sound Frequency”