Benitoite is listed as the 5th most rare and valuable crystal in the world. It is much more rare than diamonds and is only found in one place on earth, San Benito California.This is the State crystal for California! It is recognized by it’s blue color and it is found in the waters of the San Benito river in San Benito County. Some say that there have been some found in Japan as well, but they are still not the same quality as they are in California. Under a UV light it emits a fluorescent glow. Fluorescence is the emission of light by a substance that has absorbed light. Benitoite’s fluorescent glow is still a mystery. The river in which this crystal is found is named after San Benedicto, Saint Benedict, the patron saint of the married. No wonder it is called the blue diamond. This crystal is known to help with communication with angels. I feel it has a strong connection to Mother Mary and Archangel Zadkiel. 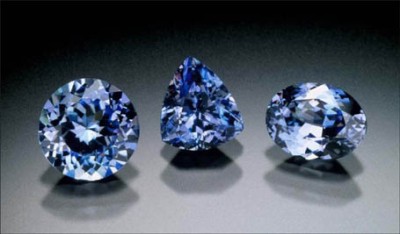